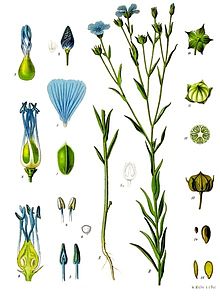 When we started to linen scarves I didn't know a great deal about this particualr textile so I set about doing a little research.

Most natural yarns have been in use for thousands of years and this is true of linen. Fragments of fabric, as well as yarn, seeds and other parts of the Flax plant were discovered in ancient Swiss lake dwellings dating back over 8,000 years. It is highly probable though that linen dates back many more thousands of years. The production of linen is highly labour intensive and this adds to the cost and desirability of products made from it. In ancient Egypt it was at times used as currency and such was its image and symbolism as a product of light, purity and wealth that mummies were routinely wrapped in linen.

Sign up to our newsletter for the latest offers, products and more...